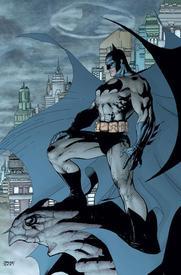 MelanieCN77 Member Posts: 4,012 Member Member Posts: 4,012 Member
in Goal: Maintaining Weight
About this time three years ago I made the decision to start getting my weight under control - at 5'5 and 184 I was moving out of feels good and curvy and into "yikes" when I saw random photographs. I was fairly sedentary outside of organised team sports a couple of times a week, and I always enjoyed food and the portions and the pounds crept.

It took me 8-9 months to lose 40lbs. The first 10 I lost by adopting the one habit of "eat a damn vegetable" by which I made myself eat a proper serving or two of fruit or vegetables with meals. That loss was fast but then slowed right down which is when I came to use MFP. I got an Apple Watch, I used Couch to 5k. I did home workouts. I counted calories. After my last 5lbs or so I joined a gym as I had got quite physically weak and set about maintenance.

Maintenance has been far rockier for me than any of the time losing ever was. The disheartening realisation that you don't ever go back to how things were before, eating wise, and over time that the difference for me between maintaining with 2-3lbs and not is about 200 calories a day. I found the usefulness of volume eating, high fibre, voluminous low calorie foods stuffed my fridge. That and my cardinal rules of be prepared, don't get over hungry, and log everything served me very well for a long time.

But I got tired. I got SO tired of tracking and being hungry, and intermittently took time off. In those gaps I knowingly succumbed to "the log isn't watching, eat cupcakes" mentality. April of this year I decided to go a full month off logging, and I gained 3-4lbs that has taken me many months since to jettison again. Looking for something sustainable, I continued logging and working out while I attempted to figure out what my food future was going to look like, veering into over-exercising and developing some orthorexic tendencies that had a predictable knock-on effect on my social life and sense of mental health. My hunger remained at "I could eat something" pretty much 24 hours a day.

I'm not a big conscious analyzer, and just buckling down and waiting to see what surfaced, idea-wise, is more my process. All of a sudden earlier this month I decided it was time to go off log again and to eat more loosely but also mindfully and I'm cautiously optimistic. It's been about two weeks of no logging but sticking to my own version of clean and healthy with treats reasonably proportioned and spaced out, and really thinking about what my body WANTS to eat at any given snack or mealtime and balancing that intellectually with what I know about my day as it stands. The scale behaves exactly as I know it will given what I do and what I eat, I don't have to weigh and count to know how dinner should be or if I can splurge a bit at breakfast one day. I'm finally able to trust the absorption of all the facts and habits and evidence of the last couple of years and have hopefully found a version of intuitive eating that is working for me. PR'd my single mile and 5k time both just in the past two weeks - coincidence maybe, but I like to think it's a fact of loosening up and feeding myself - both food wise and mentally - in a funner way to aid my mood and ability to drive and recover.

Example from today: I ate a reasonable breakfast of overnight oats with fruit, had some toast and butter after I came back from my run. Lunch I just ate a home made quiche with beans, something which would NEVER have appeared on my menu this last couple of years, due to sticker shock from the calories and fear that the small volume would leave me hungry with minimal room left in the day. But I'm full enough and happier on it. I have a nice peach to have in a half hour or so, and some tea later on to get me through the rest of the work day.

I know I'm rambling a bit but maintenance has the potential to be quite the rollercoaster, as a lot of posts here evidence. I just wanted to share my version and the hope that I've finally found about giving myself a break - I feel like anybody who's got here and is seriously trying to stick with things knows or will soon know how tiring is keeping up the iron will. Don't rush yourself, keep logging, take practice breaks, allow good habits long stretches of time to solidify, keep your rules broad and flexible. That's all I got.