Needing to tone my arms. Tell me if Im wrong 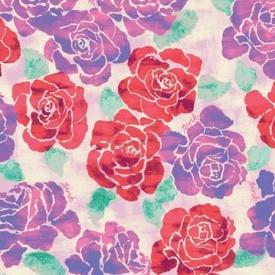 tequierosince06 Posts: 21Member Member Posts: 21Member Member
in Fitness and Exercise
I am getting married in 1.5mo in April and of course like every bride on the planet I want to lose some weight. In the past I have lost a good amount of weight and looked pretty good and Im trying to recreate that workout & diet plan but I didn’t give myself as much time as I should to lose weight but its ok. I will take whatever progress I can get. I started working out & dieting/eating healthy at the end of November.

My focus in toning is my problem areas which are my lower belly and my arms. Whenever I workout I get gains in my legs/thighs and butt fairly easily and they tone quickly but my upper body is so hard lol.

Anyways I started boxing in December twice a week (my heart rate is similar to HIIT workout and Im burning 600-700 calories per hour workout (I use a heart rate monitor)) And strength training 2 days a week according to my workout video plan (My plan tells me what videos to do). But my strength training didn’t necessarily focus on arms, switches between lower body, upper, and core. On strength training days I also add in 20min of light cycling, I watch my heart rate and try to keep in in the fat burning zone (roughly 130bpm) to add a little light cardio & add some extra time to my workout since strength is usally about 30min.

Sometimes I substitute a day for my Zumba Strong which is pretty much a HIIT workout (600 cal/hr). I am starting to see some definition in my arms not a whole lot but its some progress. Also my gut has gotten smaller by some, again not alot but def looks better.

So with all that backstory now im getting to my question. Im feeling a little confused after talking to a friend about my workout routine. Shes no expert but she works out with a trainer and as I was complaining about my arms she told me: to tone my arms I should use lighter weights and boxing is going to bulk my arms instead of toning.

Now im questioning my efforts & re-doing my research because im like what? Tell me if im wrong please:
-Bulking is hard to do and does not come quickly or easily
-Boxing will not necessarily bulk the arms but because it involves a lot of cardio it will make the body overall more lean
-Heavier weights will add muscle mass and burn fat so heavier weights are better and wont necessarily bulk because once again it takes a lot of work to bulk

With that being said. I know I need to lose fat overall in my whole body before I can start seeing my muscle tone underneath my fatty arms. Am I doing a good job with my HIIT/Cardio and adding in some strength training. I know I dont have much time left but What should I change as far as workout?
February 13, 2020 5:21PM edited February 13
0
«12»