"No offense, but you're getting kinda big." 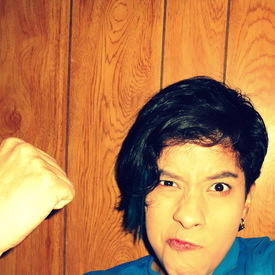