Fun With My Trending App 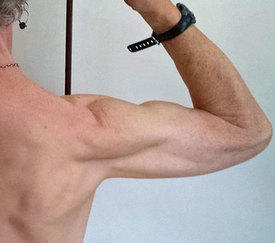 I'm a long-term Libra user. One of the nice things about it is that I can change the number of days it uses for smoothing and projections. Generally, in maintenance, I like using longer periods. Over the last few months, I've been working on slowly drifting weight downward, maybe half a pound a week or less, and recently went back to the default settings. (Changing the settings doesn't change one's weight data, just changes the calculations & displays done with that data, so switching back and forth is fine.)

With Libra's default settings, 7 days smoothing and 7 days projection, my recent months look like this: 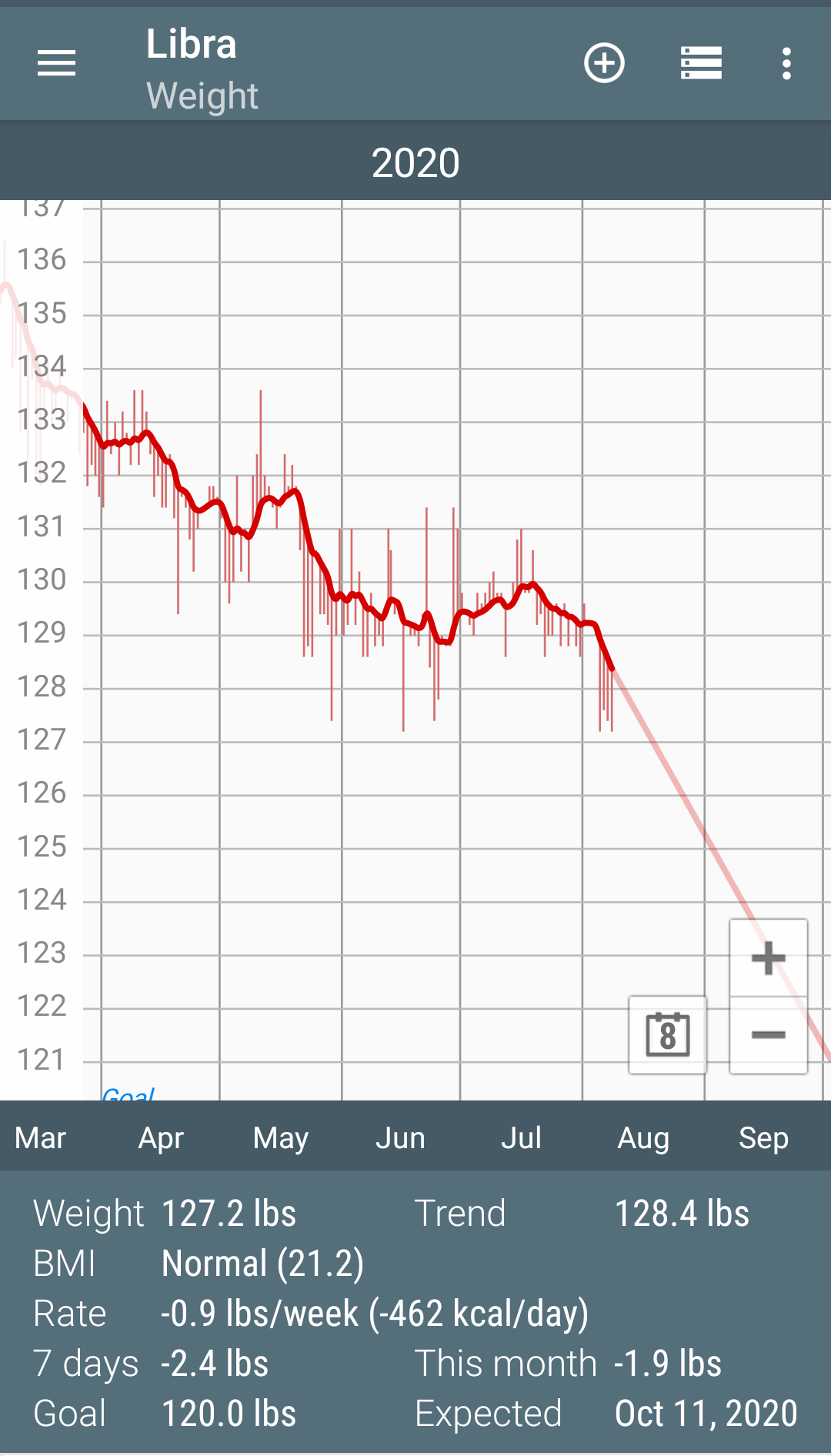 This could mislead: There's that bump in July, which looks like regain, and I admit even I worried there briefly, even though nothing had changed on the calorie side (in or out) to make gain happen. As I expected - when not giving into my emotions 😆), it was about the couple of pounds of water weight gain I usually see when I restart strength training after a hiatus. I restarted around the end of June/beginning of July. Now, the continuing slow loss is starting to show up, emerging from the noise of the water weight. (Note that this set of values says I'll reach 120lbs on October 11.)

Like I said, in regular maintenance, when not trying to gain/lose, I like longer setting, 30 days smoothing, 60 days projection. With the exact same daily weight data & time period as the chart above, that would look like this: 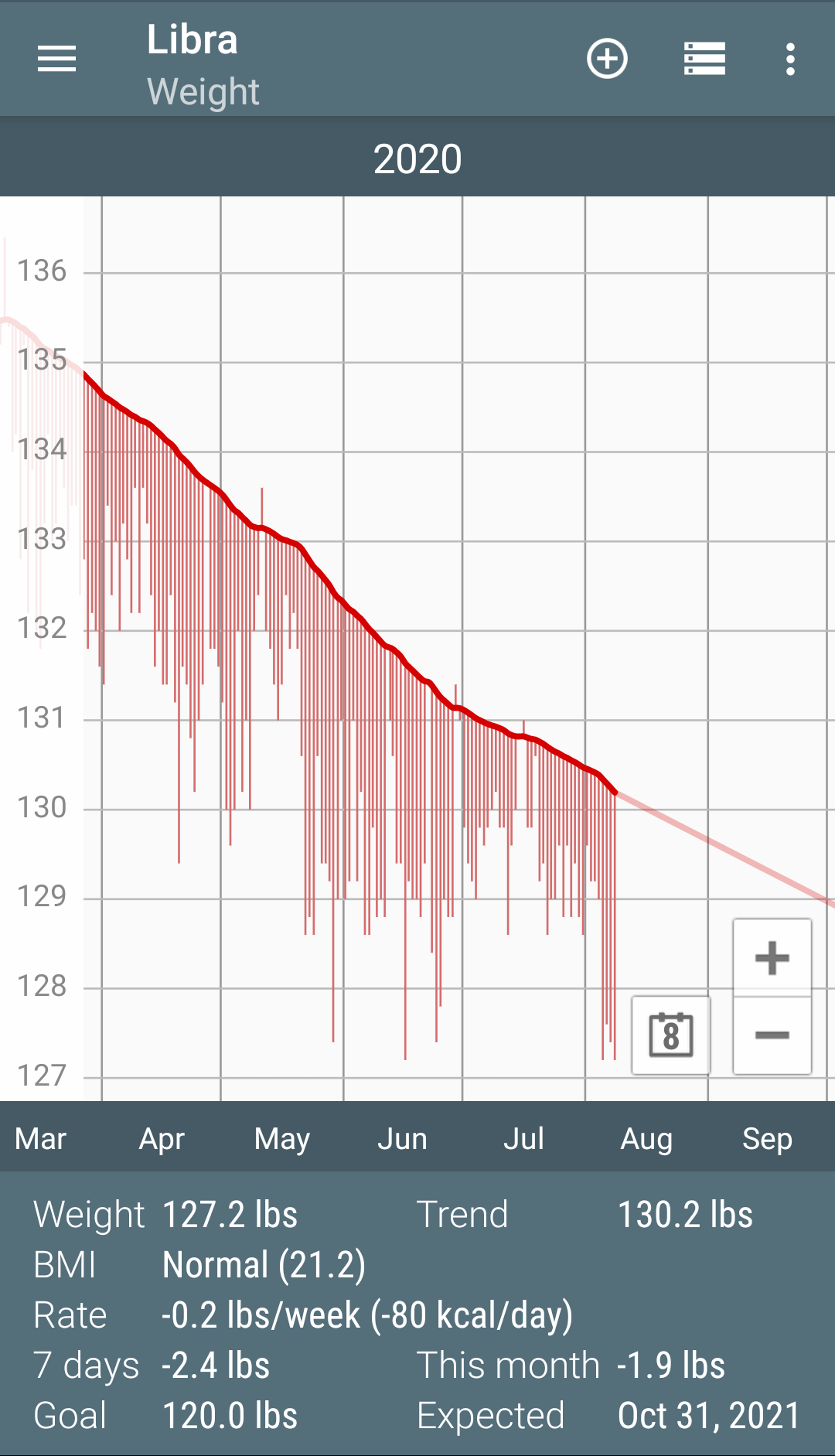 Looks like steady loss, eh? The July pseudo-gain is totally missing, but it says I won't reach 120 until October 31.

For general maintenance, I like the longer smoothing/projection, because I don't get meaningless gain/lose signals from minor fluctuations. That misleading stuff didn't happen as much during weight loss, because the fat loss going on in the background happened at a fast-ish rate. If my fat levels are pretty steady (if I'm actually maintaining) a perfectly fine high carb/sodium/calorie day can pull the 7-day trend upward (and annoy me, even though I know it's fake news 😉).

While I'm going this slow-loss thing, though, the longer smoothing/projection can lull me into a false sense of security, because the tolerances are pretty tight, trying to keep losing, but at a very (very) slow rate. I do tend to eat unevenly - bank calories most days, indulge sometimes - so I tend to see wider daily swings with that strategy than if I had a more strict daily consistency. (I'm a bit more consistent in the pandemic, mostly eating my own cooking, than I was when restaurant/social eating & drinking was more frequent.)