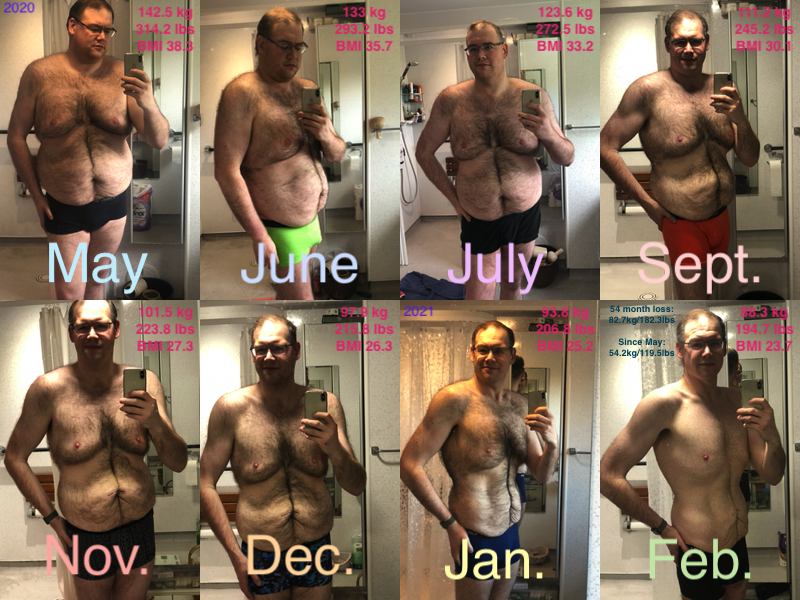 Today was my first monthly photo with a 'healthy' BMI!

Weight was always an issue, but after a spinal injury which left me unable to use one leg, it just exploded.

It was after being refused a lighter wheelchair because I had hit 171kg (377lbs), I knew I had to do something. It was just an unfathomably large number. But, at 6'4" I never really looked the weight I was and even at hospital appointment weigh ins, I was always weighed twice as I never looked like the scales said.

Yes, I lost weight. 10kg (20lbs) came off easily. But I just couldn't 'get it' and my weight loss was achieved through intermittent severe restriction 2-3 times a year. After 3.5 years, I lost just over 20kg.

But when Covid hit (the March picture was just 4 days before lockdown hit), something just seemed to click and the key was MFP.

In a world of lost routines and no structure, somehow in May, overnight I started my very rigid diet. Initially 1200 calories, dropping a bit too low to 900 calories before increasing to around 1550 now. It was just macro counting, which has changed along the way but mainly 40/40/20 with a focus on fibre.

I have no harsher critic than myself, but I have completely blown away my expectations. Even with halting for 6 weeks after emergency surgery.

But my skin. Well. I really don't know how I have been this lucky, yep, there is some but it seems to be mostly in my buttocks (which is starting to cause some posture issues) and after dropping under 100kg there is, not loose skin per se, but what fat is left does look worse than someone else who has always been my weight.

How much longer I can hold onto this good skin I don't know, because it does seem to be just a bit more noticeable every week now. But I really shouldn't complain, I've seen people lose a third of what I have and not been as lucky.

I did this entirely for me, and resent any notion I'm "inspirational". But one tweet, (with deliberately no tags to keep it going viral!) just to let those who I've not seen whilst working from home, inexplicably was seen by 150,000 people. I ended up in the national press a few days later! 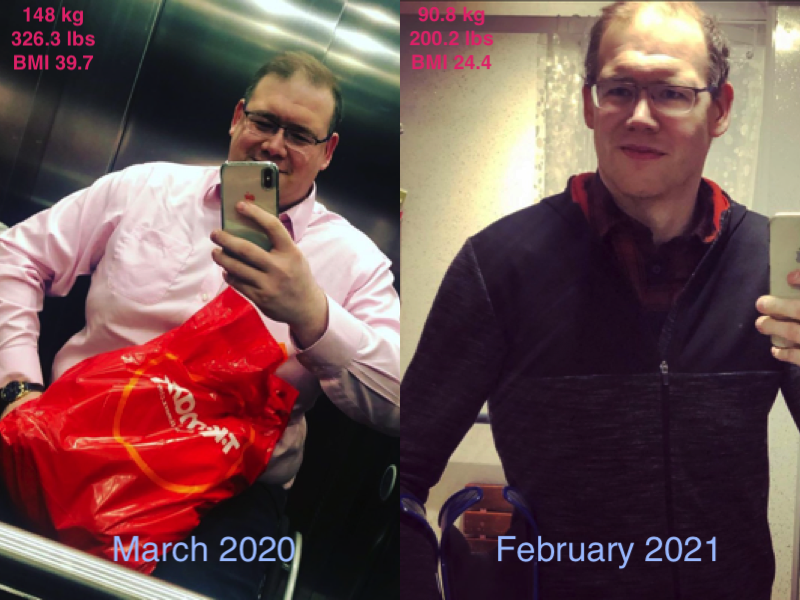