Exercise as a woman, at dark, alone 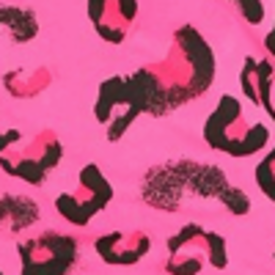 I'm currently on my weight loss journey, my lifestyle change, and I've lost more weight than I ever have before, which is why I'm so worried about messing this up. I started in March 2021 so here in the UK I've not had this issue before.

My exercise is that I walk my dog after work, alone. Now it's coming to the end of the year it's going to be dark when I wake up and dark when I'm leaving work, so I'm wondering how do I keep up my weight loss without being able to walk? I could just not exercise and just rely on my calorie deficit but that just doesn't seem right.

I don't go to the gym, plus everyone else would be there for the winter anyway I bet, and I don't lift weights, all I know is that walking works for me. I won't even wear headphones to listen to music when I'm walking as I'm hard of hearing in one ear anyway and only just hear bicycles when they're right next to me, and as a woman I just can't take that risk of someone sneaking up behind me. I live in Wales in the UK, very green, very woody, perfect place to hide a body type of place! I could carry a rape alarm or some deodorant but I don't want to be attacked in the first place! I have maybe one friend who could come with me but she's not on her journey so if she didn't want to go then I wouldn't be able to go either. Plus, 1 more extra person I don't consider myself safe, I'd just think the attacker would bring a buddy, y'know?

University has started again and even though walking after work cuts into my evening time when I should be studying I really want to see if I can manage to do both, but I can see myself coming up with the excuse like 'oh I can't go walking in the dark it's not safe, plus I should be studying anyway so I'll just stay in'.

I have a treadmill folded up in the living room, but I can't use it in there as my Dad will be asleep in that room in the evening. I could ask if I could move it into his bedroom for the time being which is an option but I'd feel bad that my dog isn't getting her exercise!

But at the same time I appreciate that I am lucky to be able to walk, to have such nice areas around me to visit and that there are definitely people less fortunate than me.

I guess I'm just wondering if there's anyone in a similar position and what adjustments did you make to your exercise so that you could keep it up?
September 14, 2021 10:17PM
0
«12»