Obsession With Other People's Opinions 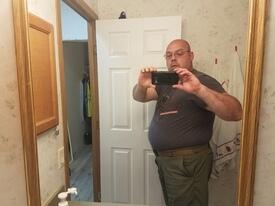 johnlauramoore1 Posts: 7 Member
August 2022 in Debate Club
Opening a can of worms here, but I believe this discussion is necessary. I am wondering what other people's thoughts are regarding our current obsession with worrying what others think of us. It seems that in our modern society, we are caught up in worrying about what other people think of us. Why? I believe this is one of the greatest reasons for all of the psychological and mental health issues of today. Why must we constantly be "validated" by others to feel good about ourselves? I understand support and encouragement and realize it is both good and necessary for everyone. However, when all is said and done, I could really care less what people think of me. If you like me for who and what I am, great. If not, go soak your empty head in a toilet for all I care. Fat, skinny, obese, thin, tall, short - who cares and why should I care what others think of me? I joined MFP to lose weight and get healthy because I was tired of me not because someone else's opinion of me mattered. Am I alone here?
4
«12»