What is up with the "too old" mindset (at least in the US)? 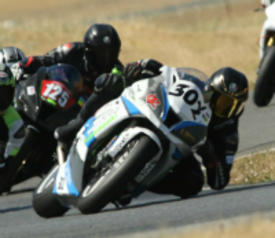 HoneyBadger302 Posts: 1,846 Member
September 2022 in Health and Weight Loss
Being involved in more fitness-orientated groups I know and see many people who stay fit, active, trim well into their senior years. Yet there is this pervading mindset (at least in the US, I cannot speak to other countries) that once you're much over 40 you're "old" and can't do 'things' anymore - be they sports, staying fit, looking good, active, etc.

I see this dichotomy in my own family - my father in his 70's still rides thousands of miles a year on his bicycle, goes camping, travels, just a few years ago hiked the 7 highest mountains in the country...meanwhile my mother, who is 5 years younger than him, can hardly take her dog on a walk, and has numerous health issues that a lack of activity in her life has directly related to.
Yet if you talk to the two of them, my father will complain about his aches and pains way more, but goes and does the things anyways, whereas my mother has much more of a victim mindset and just "accepts" her situation (because improving it would suck and be boring and not particularly fun in any way).

I use them as an example, but it is something I see repeated over and over in the much larger circles I see. There are individuals who break the mold, but most people see living life as for the young, and once you're past 40, well, you're obsolete.
This drives me nuts! Yes, you have more aches and pains as you age, and you need to include a lot more "prevention" work in your workouts, but gosh darn it, done right there's no reason I can't do at 45 what I was doing at 25 - how I go about it won't look the same, but the end result sure can be...

Just wondering if anyone has ideas on where this mindset stems from as it seems pretty standard and pervasive in our culture.
8
«123»