Fake your pregnancy and lock him in.... 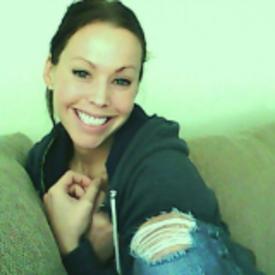 CassandraBurgos83 Posts: 544 Member
December 2013 in Chit-Chat
Holy Cow..... I guess there is a market for everything:

As a result, any number of people believed the stories and tweeted or retweeted them on Twitter as the stone cold truth.

But is it true? I immediately went to my local New Orleans Craigslist. At the time I checked, not even one person in my city was trying to sell this supposed service. That seems odd if there’s really any money to be made.

After all, peeing on a stick isn’t a tough job. And $25 for nothing is still $25 for nothing. So you figure if there was a market for it, then somebody might actually be doing it.

The Huffington Post story seems to be a classic case of overstating the problem. Their writer claims that a woman in New York originally offered to sell positive pregnancy tests on Craigslist for $25 in May, setting up a stream of copycats.

But the stream of copycats actually seems to be a trickle. The media reports on the positive pregnancy tests seem to always quote the same three or four ads.

I did find a current ad in the Philadelphia Craigslist, so there are indeed some women out there advertising this service:

“I am pregnant and am willing to take a pregnancy test for you that will be positive. Use it however you like no questions no judgments. I will take test right before you pick up. I will also be willing to bottle my urine if you need to seal the deal that way.”

Salon said that the fake positive pregnancy tests are likely being used to prank dirty dog boyfriends by giving them a bad moment. I suppose they’re right.

It seems like that’s the only thing they could be good for.

HuffPo suggested that they could be used to trick boyfriends into getting married, which only suggests that their writer has missed the last four decades. Nobody around here is getting married until they actually see the baby — and usually not even then.

I won’t say that it’s a 100 percent hoax that positive pregnancy tests are being sold on Craigslist. A few women are in fact trying to sell these things. But I have no evidence that anyone much is buying. Let me know if you do.