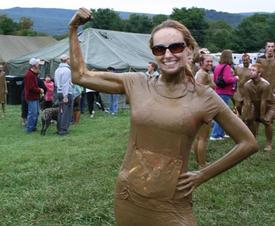 swanny320 Posts: 169 Member
October 2012 in Health and Weight Loss
Read this awhile back and it's brilliant.

So sick of reading responses of people regarding diet and weight loss with everyone throwing around purported "facts" about starvation mode. So, here is a little research on the topic. Feel free to chime in with other studies, but lets keep it based on actual research, not personal anecdotes and not "my trainer says."

Starvation mode does not happen overnight or even in just a few days! Calories in, calories out. Simple, right? Short term, yes, it’s simple, long term, not so much. Let’s add some real science to the discussion:

First, a definition. Starvation mode does not mean going without food. It means that you cut your caloric intake to less than what the body would normally burn in the course of a day. I have seen so many posts where people offer advice and tell people they need to eat more to lose weight because they are starving their bodies. The idea postulated is that eating too few calories will reduce a person’s metabolism to such an extent that the person will gain weight instead of losing.

Now, a look at one of the classic scientific studies on starvation. Probably the most famous study done was conducted after WWII by researchers at the University of Minnesota. Starvation was widespread throughout Europe during the war and scientists were trying to figure out how to re-feed people suffering from starvation and determine the long-term effects. (Remember, tens of thousands of people died after liberation from concentration camps not only from disease but from the reintroduction of food that their bodies were no longer capable of digesting.) Scientists recruited 36 young healthy men to participate in a yearlong study divided into several phases: a 12-week normal control period, a 24-week starvation phase where calories were so dramatically reduced that participants lost approximately 25% of body weight; and, finally, a recovery phase to renourish participants. Results of the study were published in the two-volume, Biology of Human Starvation (Minneapolis: University of Minneapolis, 1950). See more information here: http://en.wikipedia.org/wiki/Minnesota_Starvation_Experiment.

So, what did the results of the study find? First, all participants lost weight. Starvation mode does not result in your body hanging onto extra fat or calories in an effort to “preserve” your body. But, it’s more complicated than just losing weight. All of the participants also experienced a drop in their metabolic rates – approximately 40% below baseline. Now, you will see many posters here that will argue that you will start losing muscle and not fat within a few days of going into so-called “starvation mode.” Yet, the research shows that participants lost both. In fact, at no point did they stop losing fat until they hit a rate of approximately 5% body fat near the end of the study.

Lyle McDonald explains it this way:

In general, it's true that metabolic rate tends to drop more with more excessive caloric deficits… But here's the thing: in no study I've ever seen has the drop in metabolic rate been sufficient to completely offset the caloric deficit. That is, say that cutting your calories by 50% per day leads to a reduction in the metabolic rate of 10%. Starvation mode you say. Well, yes. But you still have a 40% daily deficit.

But, keep in mind that apart from weight loss, semi-starvation has other not-so-cool effects on your mind and body. The other physical effects from the Minnesota study on semi-starvation included a significant drop in physical endurance, reduction in strength of about 10%, and sluggish reflexes. Those that were the most fit initially showed the greatest deterioration. In addition, heart volume shrank about 20%, pulses slowed and their body temperatures dropped. Concentration and judgment became impaired. Sexual function was reduced and all lost interest in sex. They had every physical indication of accelerated aging. But keep in mind, this was a year-long study, not something that happened in a just a few days or two weeks of eating restricted calories.

The more dramatic effects of semi-starvation from the Minnesota study were psychological, similar to what can be observed in anorexic patients. The men became nervous, anxious, apathetic, withdrawn, impatient, self-critical, emotional and depressed. A few even mutilated themselves, one chopping off three fingers in stress. They became obsessed with food, thinking, talking and reading about it constantly; developed weird eating rituals; hoarding, etc.

Now, let’s look at another aspect. The folks at Cambridge University in England did a study to determine the different effects starvation had on lean people versus obese people. The study can be found here: http://www.unu.edu/unupress/food2/UID07E/uid0 7e11.htm. Let’s just cut to the chase with this study.

Does starvation mode slow down the metabolism? No and Yes.

In the first 2 days of starvation, there is a small absolute increase in basic metabolic rate relative to values obtained from overnight fasting. Overnight fasting is what every one of us does during our sleeping hours. So it is not true that going below recommended calories for one day is going to slow down your metabolism -- quite the contrary, it may speed it up just a little. Of course, this is just limited to the first few days. After that, studies in fact support that “starvation mode” slows down metabolism.

Does Starvation mode cause our bodies to catabilize (devour our muscles and other lean mass)? Yes and No.

Lean individuals lost great amounts of fat-free, lean tissue during starvation, but obese individuals lost much more fat tissue. The loss of lean mass is not as critical to the obese person simply because an obese person has more lean mass than a person of the same age and height but normal weight. Here we get to a basic idea that makes sense – fat storage – the same way animals build up bulk to rely on during the winter, obese people have fat stores they can use (to a limited extent) in times of need. This means that the effects of a semi-starvation diet upon a normal weight individual are of course much more devastating than the effects on someone who is obese.

Finally, some conclusions. Does all this mean I should reduce my caloric intake below the minimum recommended as an effective way to lose weight? If you think the answer is yes, then you haven’t carefully read everything here, so I will spell it out:

Let’s start by clearing up that major myth I see repeated over and over again in the forums: that a single day or even a few days of extreme caloric restrictions forces your body into starvation mode, significantly reducing your metabolism and causing you to lose muscles. Not true. You may, in fact, lose weight in the short term. Your body does not go into starvation mode after a few days of extreme calorie restricted eating.

However, let’s look again at the Minnesota study for further compelling evidence why semi-starvation is not a good idea for long-term weight loss. In the latter half of the Minnesota Starvation Study the men were allowed to eat ad libitum again. Researchers found they had insatiable appetites, yet never felt full, these effects continued for months afterwards. Semi-starvation diets don’t work long-term for this simple reason – under ordinary pressures, when eating resumes, people put the weight back on and oftentimes, gain more.

And let’s not forget the other physical and psychological effects mentioned earlier. Any of those sound appealing to you? Reduced concentration or sexual function anyone? The Cambridge study also looked at several deaths from people who undertook extreme starvation diets, particularly those that did not create a good nutritional balance in the calories that were consumed.

Bottom line, you should do adequate research and dietary analysis to ensure you are getting the best nutrition you can for your calories.
95
«1234567…13»