How far are you willing to go for your pet? 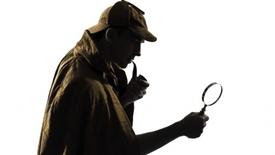 Grimmerick Posts: 3,367 Member
November 2013 in Chit-Chat
Hello there,
So recently I had a situation where my dachshund (5 years old) slipped a disc and became paralyzed from the waist down making surgery his only real chance to walk again. I know everyone is different and has different opinions on what they would do for their sick or injured pet. For me there was no question about the money(it was less than $5000) To have him be able to walk again and pee on his own. Keep in mind these dogs are happy and healthy and can live perfectly happy lives, as any person in a wheelchair can. Just more work for you and there is really no reason to euthanize, most vets dont' consider that an option, unless there is pain or suffering. So what's your limit, how far will you go? My husbands friend was raised on a farm and said you can buy a lot of dogs with that money, I of course feel that Dexter is only 5 and I certainly can't just go out and get another Dexter. I dont' care much for money and would much rather have my happiness from my dog, can't really snuggle up to the cash. So what kind of pet owner are you?

also I was very surprised to find out that most of the people I talked to that have money and I do mean HAVE money, wouldn't really spend much to save/help their pet.
0
«1234567…13»