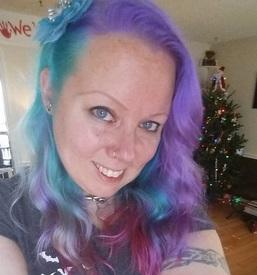 CeleryStalker Posts: 665 Member
April 2015 in Health and Weight Loss
I've always been skeptical of chiropractics because most of the people I know that go to one seem almost cult-ish about it. They claim they go for adjustments several times a week and haven't even had so much as a cold in all the years they've been going, yet I've seen these same people ill during the given time frame so I'm always like WTH? I've been to the chiropractor a couple of times- once after a car accident and once when I was actually having severe pain in my back that I couldn't seem to manage through other methods so I ended up going as a last resort. Different practices, same experience both times. Skeevy 'doctor', spoke what seemed to be a lot of hooey, both gave me the same vibes you might get from a sleazy plastic surgeon. The one I went to after the car accident was more interested in getting me plentiful visits so I could get a better settlement (the accident was not my fault, woman pulled out, totaled my car, etc). The second doctor/practice, although every bit as skeevy, did actually get me straightened out (no pun intended), but I have a feeling it was more to do with the length of time that had passed (several weeks), rather than the 3x/week adjustments I was getting during that time.

TL;DR- my two experiences with chiropractors were equally skeevy, both doctors seemed off their rockers, did not leave me feeling like I had visited with true professionals.

Now, add to that this 'Maximized Living' program that seems to be popular with chiropractors. A brief overview of this plan or workshop or whatever you might want to call it, and I see lots of buzzwords. TOXINS. Ridding our diets of grains, fruits, dairy, and all sugars. Taking very extreme measures to 'balance' our bodies for maximum health. My husband and I were invited by one of his co-workers to come to some monthly dinner his chiropractor puts on (at the tune of $160 per person) to learn about the programs. The whole thing just left me thinking WTH again, and coupled with the fact that it's hosted by a chiropractor has me running for the hills.

Despite all that, I'm very curious to hear other people's dealings with either chiropractics (am I just missing the boat on this?) as well as these Maximized Living centers (I really don't think I'm missing the boat here, I'm just curious as hell to hear other people's experiences). I'm open to alternative medicine and such, but these two areas just seem really out there.
0
«12»