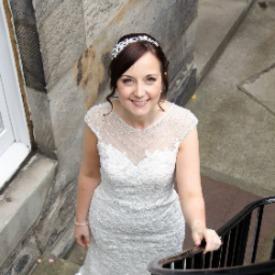 sineadt84 Posts: 51 Member
May 2015 in Recipes
I went looking for polenta the other day in an attempt to find low-carb alternatives to rice etc. for dinner. My supermarket only had ready made, which is a rather un-appetising looking yellow rubbery brick. The instructions are to slice and heat to serve. Anyone any ideas as to what I could serve it with?
0