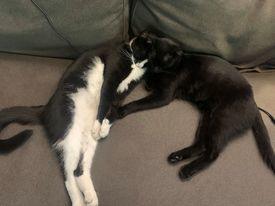 DrEnalg Posts: 650 Member
July 2015 in Motivation and Support
My profile pic is a very recent pic of me from a day or so ago. I'm six-foot-three, 207 (as of today) with some decent base muscle from about 20 years of weightlifting (although I haven't lifted for about a year and a half now).

Should I stop losing, or keep going? I still have an "overweight" BMI, I'm just not sure what that means at this point.
0
«12»