Ironically, counting calories made me realize which foods I loved.... 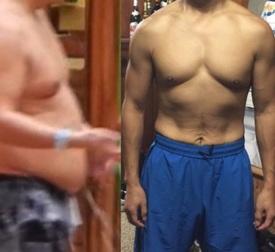 xKoalaBearx Posts: 181 Member
January 2016 in Health and Weight Loss
.... and which foods I could live without.

For example, I used to LOVE White Castle sliders... but at 155 calories per slider... it was too many calories for me for such a little thing. I could eat 10-12 of those in one sitting! And just eating two or three isn't satisfying to me.

Oreo double stuff cookie... 70 calories for one cookie! I used to love these. But now knowing how much they cost, they're not so appealing anymore.

There are a bunch of foods like this for me... I slowly realized I can just live without those.

Chocolate is a whole different story for me... it doesn't matter how many calories... I can't live without it... so I've learned to eat within my means... and have some every day.

Funny what I learned about myself.