Dr Sarah Hallburg: Calories in vs calories out pet peeve 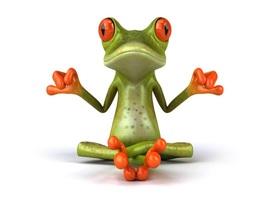 What I don't understand is her saying that Insulin resistance makes us fat and that it's a pet peeve of hers when she hears calories in vs calories out. She says CI vs CO is another way to call people gluttons and sloths.

My question is this: if you eat at or below maintenance and are insulin resistant, how do you still get fat?

My issue with her is as follows:

She says insulin resistance (70% of Americans she says) and a high carb diet forces the body to convert carbs into fat. And the spikes cause hunger which cause you to eat more... So is that not just another way to say you are taking in too many calories? She isn't specific if the same happens when eating at a deficit.

She also says your macro breakdown should be 70-80% fat and 20-50g of carbs...but she doesn't want people to count calories. In order to track those two macros, isn't that another way to count calories?

She says if you follow the macro ratios you will loose weight. But purposefully glosses over actual calories and energy output.

My question for discussion is this: in her logic, is she trying to say, regardless of the deficit, people with IR will put on weight with a higher carb diet?

What is the real truth about weight gain and insulin resistance?