What to call a diet that is just based on reduced calories? 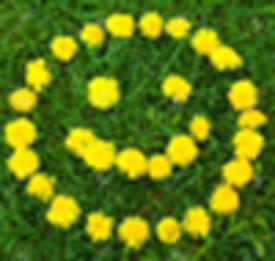 nvmomketo Posts: 12,020 Member
March 2016 in Debate Club
"CICO" is often stated when someone advises someone else to reduce calories in order to lose weight. I've seen it called the CICO woe, but that was corrected with statements along the lines of "CICO is not a woe".

What should that way of eating be called, when one is not following or incorporating any other food specific woes (like paleo, LCHF, vegan) in their diet?

If one has just cut calories, is that a SAD reduced calorie diet?

Many around here have improved their diet from SAD; they might want to call it a healthy, balanced, or nutritious calorie reduced diet. The problem being that a LCHF or paleo or vegetarian diet that is well thought out would also be able to use the labels: healthy, balanced or nutritious. It applies to many woes.

Plus there is the problem that some do not view others' diets as nutritious, healthy or balanced, so those terms should not be used.

Dr Jason Fung calls a reduced calorie diet for weight loss as Calorie Reduced (or Reduction) as Primary. Shortened, that is CRaP.... I doubt many would like to claim that is the correct label.

A calorie reduced diet is not IIFYM. That would be more of a "IIFYC" with C=calories.

What I usually see is people calling a reduced calorie diet as CICO. Some people object to that because any diet where you have lost weight, CI<CO is true. It technically applies to all diets, but people using other woes tend to focus more so on specific foods than the underlying CI<CO aspect.

For example, I identify myself as being LCHF, but to lose weight my CO must still be greater than CI. A greater CO is achieved through my food choices more so than focusing on cutting back my calories.

In my mind CICO means people just cut calories (CI) and maybe exercise to increase CO. Those who I would apply the CICO label to, seem to generally not consider how foods and hormones will affect CO like some other woes do (such as LCHF). Doing so might end up being called "majoring in the minors", although other woes don't see it that way.... Which is part of the point - some other woes focus less on CI<CO and more on food choices.

Can CICO be acceptably used as a woe lable? Is there a better label? Is CICO the best one to use? I am looking for a simple label that I can apply to people's eating without resorting to saying Joe's woe or Mary's woe when those people cut calories.
0
«123456789»