Saboteurs - what's your plan of action - they really mean well 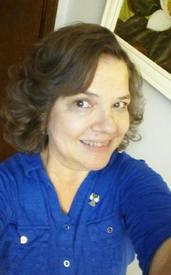 Balaru Posts: 211 Member
May 2016 in Health and Weight Loss
I love my Dad with all my heart but he definitely is a saboteur. He keeps kit kats in his fridge for us and a fridge stocked with sodas. He buys cookies for everyone when we go to Subway. And he makes comments if you don't eat it. It hurts his feelings. I have been successful in getting him to stock diet Dr. Pepper for me but I'm trying to get away from that stuff too. He's 83 so I don't want to hurt his feelings. The last couple of times I've just been taking the kit kats, not eating them and hiding them in my fridge. My kids will eat them.

The day of the garage sale he showed up exactly when we were picking up the very last item. We were hungry,hot, sweaty and totally spent. At least we had a half way healthy option with Subway but most of the time he likes to go to buffets and we're talking pizza buffets or buffets with buffets within them. We just don't eat that much food anymore.
We tried to get him to go somewhere different last time and he agreed to Applebees but he didn't like it and fussed and teased the rest of the evening. "There wasn't enough entertainment" (He likes to people watch).

I've tried talking to him but that's not working.

What strategy do you use to offset the effects of saboteurs?

I used to bring my own food when we ate at Momma and Daddy's but since she passed away he always takes us out and I don't think they allow bringing your own food in most restaurants. Lol

This is a weekly sometimes more than once a week occurrence. We have two sets of friends who are the same way.

And since my husband is 30 pounds underweight (6 foot 135 pounds in perpetual motion) everyone is always trying fatten him up.

It will probably be better once I get back to work full time but in the meantime what are your suggestions?
0
«12»