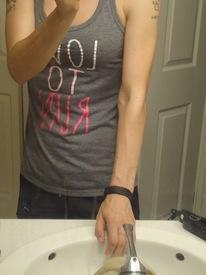 VividVegan Member Posts: 200 Member Member Posts: 200 Member
in Success Stories
I'm 5'6.5" I was nearly obese at 187 with a high body fat percentage which was confirmed by a DEXA scan. I lost over 60 pounds from calorie counting/deficit with little to no exercise. I had a skinny-fat appearance, my bones were becoming visible especially in the rib area, and I had a lot of soft spots remaining (hence, my body fat was still somewhat high). So I ate healthier while reducing calories more which made it worse and I continued to lose more weight. I eventually was at 117. My family and I were getting worried and so I tried a different approach which was beginning a weight lifting program combined with light cardio. Every other week I increased intensity of workouts and began cardio HIIT. I increased my protein intake and make my calorie deficit very small. I went from 117 to 125(now), have built lean mass, and lost over half of my body fat (according to my second DEXA scan). By the way, I currently technically eat less healthier than I did when I was overweight and skinny-fat. Back then I ate strictly only fruits, vegetables, lean meats, whole grains, no table sugar, no junk food, etc. But the problems were I either ate too much or too little, my macros were always way off, and I was barely active. Eating a combination of healthy/unhealthy foods (fruits, vegetables, meat, chips, ice cream, candy, etc) and staying within my macros and calories is what keeps me going now. And I'm slowly trying to increase my exercise intensity even more. All with time.