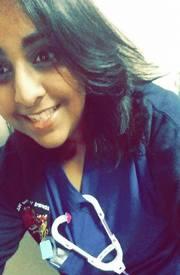 I wasn't really sure where to head this under and I needed to like talk to people who've been in a similar situation who'll perhaps offer me advice and help me get out of the situation I'm in.
I'm relatively new on here (joined towards the end of July) and I really want to lose weight but I just really can't at the same time.
p.s. I know it sounds like I'm just whining and even I feel that way but, I just can't help myself.

I really hate myself because I've always been fat and I want to change that but every time I look at myself in the mirror or see myself in the reflection, I'm like how can I change, I'm pretty much a lost cause and I feel really disgusted with myself and just plain ugly. I'll tell myself that I need to go and exercise and in the end, I talk myself out of it because what's the point, I'm just never going to change, if that makes sense?

I don't want people to see me in public exercising or doing anything in general because I feel as though they look at me like with those extremely judgemental eyes and I just hate it. I sometimes even wish I wasn't born because I'm sure my parents would have wanted a better child than me, their colleagues have these amazing gorgeous children and they're probably ashamed of me. They always tell me you would have been prettier if you were thinner or you were so beautiful when you were young (and thinner). I feel really horrible thinking stuff like this because here I am wishing I wasn't alive and in the world there are people desperately struggling to live. I'm so fortunate and I'm just a horrible human being basically.

It's also like, I feel so alone all the time and I wish I had a significant other because then I could talk to them and maybe they'd be able to understand and help or something but, I'm like it's not wonder I don't because I'm just so unattractive

Sometimes I feel like when I make friends with people online, it's an obligation to tell them I'm fat because otherwise I'd be labelled as a catfish. Ugh, there's definately something wrong with me.

Has anyone ever had moments like these? How did you get out of it?

Really sorry for the whiney moment.