Scared. I want my family to live. 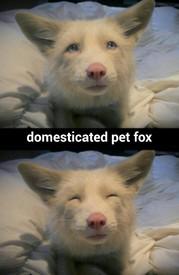 neldabg Posts: 1,451 Member
January 2017 in Motivation and Support
My older sister, who I'll call N, texted me these messages:
*I have a question, what would you do if everyone passes away and you come home.
*Okay. I bought a gun
*I want to shoot the family,but you aren't here.....

What should I do and where should I start?
N told me she does not have access to the gun until Monday because of background checks and stuff, but I don't want to wait to take action.
N has had a history of uncertainty. She flunked/dropped out of college, has done various part-time jobs, has been in and out of the mental hospital, joined the Navy for a while, looked into being a police officer. She's talked about being sad about life in general. As the eldest sibling, she feels that she ought to have a stable and independent life. She's only a little older than me, and I remind her constantly that there's no rush. I never realized that she felt so bad that she would be willing take everyone down with her.
I was complaining about winter break coming to an end, but I'm happy that being away from home seems to be at least a small reason to keep her from doing anything rash, but I won't feel safe returning home again for summer, and I love my family, and I want them to stay with me for as long as possible. I don't want to make a wrong move.
I called my little sister, and she assures me that everyone is safe. My parents do not know anything yet.
1