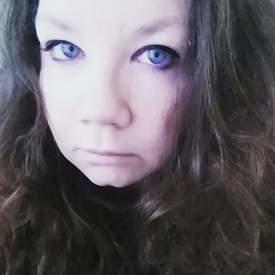 nebuczek03 Posts: 4 Member
January 2018 in Success Stories
A little backstory, I was on Risperdal for my Bipolar I Disorder and irritability and anger while manic. I've been taking Risperdal since 2010? Maybe even before that. As the years passed, more things came up. I didn't really think it was any one thing.

Fast forward to 2012. I joined MFP and counted religiously. I lost 10lbs between January and February then stalled. I added exercise. Nothing. I lowered my calories. Nothing. I weighed, measured, did everything I was supposed to. Nothing. I gave up hope but continued to count.

I hit a streak of 700 days, not missing a single meal of counting. Nothing to show for it. No weight loss. In fact, I put back on that 10lbs I lost. I exercised. I counted. No such luck.

Every time I went to the psychiatrist he would ask, "how's your mania? how's your mood swings? how is your irritability?" I told him, "I'm ALWAYS angry and yelling and screaming and flying off the handle." So we increased Risperdal. I calmed down but I was still so angry. We increased it again, and I got really bad restless syndrome where I felt like my skin was crawling and I couldn't sit still - guess what - still angry. We lowered the med to 2mg and kept it at that.

Skip forward to 2014. I said enough is enough. I went in and got a FULL panel of blood. I went to see a dietitian. She said I was doing everything I was supposed to be doing. I was very knowledgeable about what to do to lose the weight... maybe the blood work would show something underlying. Blood work came back normal. No diabetes. No thyroid issues. Nothing out of the ordinary.

I stopped counting for a little while, then would come back to it and do it again for a few more months. During the years of 2014-2017, I did so much little stuff to try to kick-start something. Cut out all soda. No seconds at dinner. Include exercise. Lower my portions. Eat way fewer carbs. More protein. More vegetables.

By November 2017, I was at my heaviest weight. I gained over 30lbs in the prior year. With counting on/off, doing things that for a lot of people would make them lose at least something!

I overheard someone talking about their testosterone being high. They were always tired. Gaining unknown weight. I said, whatever, why not go for it and test it out. I went to the doctor and tested it. My doctor said, "Well since we're doing testosterone, why not do a full hormone panel." A few days later, my results were in. My testosterone was normal. My vitamin D was ridiculously low. My estradiol was at 18. LOW. She sent me to an endocrinologist. They tested my prolactin. 56.6 (normal range is 2-29) VERY high. The doctors explained, "you do not have a cycle. You're in menopause" I'm 31! Now, I had an IUD for 8 years. No periods. Then I had my tubes tied and the procedure called Novasure so again, no periods. I had no clue. They told me, "You take Risperdal. That's your culprit. Get off it immediately!"

December 14th, I spoke to my psychiatrist. I explained to him what was going on and he agreed to take me off it. No weaning involved just stopped it immediately.

I did nothing different. However, a few weeks after stop taking Risperdal, I noticed my anxiety was significantly lowered. I wasn't blowing up or angry anymore. My anger med... MADE ME ANGRY. *rolls eyes* My appetite was significantly less too.

I really struggled to eat the first few weeks. I didn't really worry about it and figured I'd eat when I was hungry.

January first, I started counting calories one more time. I decided to weigh myself the first week of the January. I was down 8.4lbs. As the month continued, the weight came off without doing anything. I was eating way less, but I was eating when I was hungry. I would eat until I'm satisfied and be done.

As of today, January 29th, 2018; a little over a month since stopping Risperdal. I have lost 19.6lbs! It is FINALLY happening!

I plan on getting on a good habit of eating breakfast, lunch, and dinner when I begin my new job. Adding some exercise each week to keep it going. I am just SO happy that number is FINALLY moving down instead of up.