Welcome to Debate Club! Please be aware that this is a space for respectful debate, and that your ideas will be challenged here. Please remember to critique the argument, not the author.
Staying on Track Has Never Been Easier — Introducing Your New Dashboard! 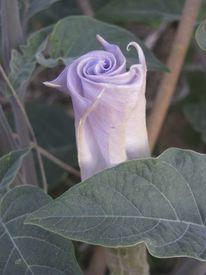 shaumom Posts: 967 Member
April 2018 in Debate Club
I have seen a few people talk about how convenience foods - in this case meaning pre-packaged foods and meals, like mac & cheese, frozen dinners, hamburger helper, etc... - are not really 'convenient.' Basically, not easier to make, not easy to make in less time, etc..

Mind, I'm not debating whether convenience food is healthier. Convenient, in this case, is solely looking at 'easier.' The ease of getting the food ready and in our bodies, but not about what happens to our bodies once it is there. Possibly the cost, too, as I imagine it's easier in life if you have more money. :-)


I have a friend who believes that convenience foods are NOT more convenient. My friend's argument (based on his own views plus a few articles done about 5-8 years ago) was that you still had to go to the store, so that's the same amount of time, that cooking time for convenience foods vs. home cooked foods was about the same, and that people spent nearly the same time in food prep for both (in a bit of research by Margaret Beck in 2013, people spent about 10-12 minutes more prepping 'from scratch' meals vs. convenience foods).


My belief is that convenience foods are quite often very convenient. So I'm hoping a debate on this will help both myself and my friend when we talk about this next. :-)

I'm going to just put my own thoughts on this in the next post, to keep things tidier for this first post, and I look forward to hearing what folks have to say on the topic.