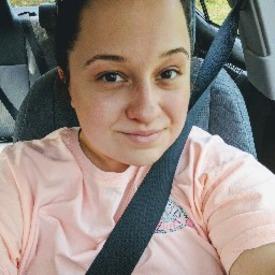 dec056 Posts: 87 Member
May 2018 in Chit-Chat
Hi everyone,
I've come here a few times before seeking advice about family issues that have been going on.
Things have been getting increasingly worse here over the past couple weeks.

A few weeks ago, my mom said she wanted to go to the inpatient psychiatric hospital, so we took her. They transferred her to a hospital 2.5 hours away without telling us. We did not know she was there until she called us, which we were blamed for not hunting her down, etc. Ever since she got home she has been saying that we abandoned her, that we don't care, and all this stuff.

The other day, she threatened to have me fired from my brand new job and said she wished she never would've had me. So, I left for a few days and did not communicate with her. I eventually came back home. After coming home, my dad asked me if I wanted to go fishing with them this weekend, and she interrupted me and said that I was going out with my boyfriend this weekend (which I am) and that I wanted to be a part of his family instead of ours. I walked away, and she provoked me again and I responded that I was not going to participate in her psychotic BS and that if she were to analyze her behavior she would realize why I don't like being at home and why I stay away as much as possible.

I have my own car, in my name, that I make payments on. I pay my own car insurance. I pay the electric bill. I pay the internet bill. I help pay for her medicine. I have bought $200 worth of groceries in the past 2.5 weeks. I wash the dishes, do the laundry, cook, take her to her doctor's appointments, and more.

I am so tired of this.

I am pretty much set on the apartment I want, just haven't finished the process of getting everything together.

Any thoughts? Advice on how to deal with my last few weeks-months here?
9
«12»