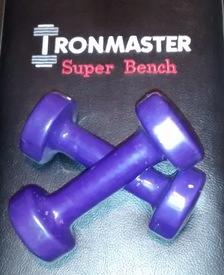 richln Posts: 809 Member
September 2018 in Debate Club
I am troubled today to learn about some very disturbing accusations against one of the most influential figures in the fitness and nutrition industry: Alan Aragon.
https://deadspin.com/how-celebrity-nutritionist-alan-aragon-used-his-status-1828684798
This is a person that has contributed greatly to the field by championing a scientific approach that relies on evidence-based information and objective reasoning in an industry that is flooded with charlatans and snake-oil salesman.

Alan will likely face a major personal downfall over this, but no doubt he will eventually continue to produce valuable science to the field. Is it moral to contribute to an immoral person's financial gain by subscribing to their research reviews, reading their scientific papers, attending their speaking events, following them on social media, etc.? Should their professional insight be shunned so that knowledge is intentionally suppressed due to personal moral objection?
3
«12345678»