should I report my supervisor ? 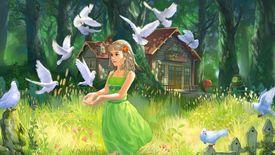 Tanie98 Posts: 675 Member
April 2019 edited April 2019 in Chit-Chat
I've had couple co workers tell me that someone told them not to talk to me and stay away from me. They wouldn't tell me who this information is coming from.

One of the girls that I'm very friendly towards to me told me that 3 people had come up to her and tell her not to talk to me because I'm dangerous...which is not true. The last straw was last week, when I came in to work and the girl I'm friendly with was treating me differently. She was very standoffish and she would not make eye contact. I just thought she was just having a bad day. She finally spoke to me and informed me that it was brought to her attention that I've been throwing her under the buss to the supervisors. Her and I do the same position and I replace the days that she's off.

So basically instead of taking responsibility of my actions, I'm pining everything on her. I was baffled because I didn't do any of these things I was getting accused of. I told her that I didn't do it but she wasn't convinced and she continued to keep her distance and gave me a cold shoulder

I was like okay fine, I'm going to talk to my manager to get to the bottom of this because it's not fair for other people to manipulate you and turn you against me for no reason. That's when she believe me. But she doesn't want me to take it to the office because she doesn't want to get involved in the investigation process because what they are doing is basically harassment.

Now everything is back to normal between us now that she knows that it was all lies. This is starting to get to me so I'm considering quitting the position because this isn't the first time I've gotten blamed for other things in our position.

I strongly suspected my supervisor who was behind it. He micromanaged me and try to get into me into trouble over minor infractions that other people get away with. I dropped it and moved on...until the same lady started telling me that people are are still talking behind my back but she wouldn't say who it is

Finally yesterday she confirmed that it is the supervisor I already suspected is saying these thinks about me. Basically he tells one thing then twist it around to other people when I'm not around and bad mouth me ..stating I'm lazy, I'm the reason why such and such is happening

What would you do?