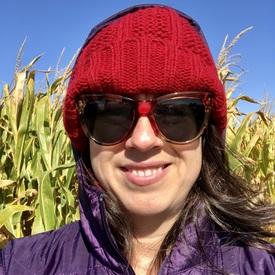 phoebe112476 Posts: 269 Member
February 2020 in Health and Weight Loss
White woman in my 40's living in the mid-west USA (winter here now). Lost ~75 pounds over the last 1-2 years (CICO) and am just this month able to say I am in the top of the normal BMI for my height and gender. Yay! I have been cold since about half way through my weight loss. I had my thyroid checked and it was normal. The last few months as I become closer to "normal" weight I am so very very cold all the time I honestly feel that it is decreasing my quality of life.

I am wearing heavy wool "base layers" (like those worn when a person hikes in sub-zero temps) under my regular winter clothes. I often wear my coat and my hat in the house. I sleep under three layers of fleece blankets and with a heat pad. I actually feel miserable. I bought three new very thick sweaters today and going to try to wear one over my base layer and regular shirt. I wear my winter boots over a pair or two of thick socks each day and even in the house. It is winter here but this is in the house where I keep it 70 degrees. I could just cry thinking of having to go outside sometimes. My abdominal muscles and chest wall muscles will shiver until it is painful. I am not sure I have ever experienced that before. Not pleasant.

Anyone else with similar and then it got better after your body adapted to the fat loss? I am not sure I can do this for the rest of my life. Winters are several months long and I am even cold in the summer. Any other thoughts or advice?
8
«12»