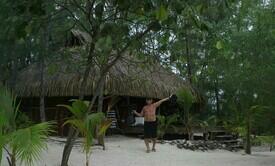 juanwilly1 Posts: 16 Member
September 20 in Fitness and Exercise
People can be 'fat but fit' and should focus on exercise rather than dieting for a longer life, experts say!
Researchers have found that "a weight-centric approach to obesity treatment and prevention has been largely ineffective" and that people should concentrate on exercise not dieting when it comes to cutting the risk of dying early.

They said "a weight-centric approach to obesity treatment and prevention has been largely ineffective", adding: "Moreover, repeated weight loss efforts may contribute to weight gain, and is undoubtedly associated with the high prevalence of weight cycling (yo-yo dieting), which is associated with significant health risks."

They pointed to studies suggesting that exercise was better for a longer life than just losing weight.

"But shifting the focus away from weight loss as the primary goal, and instead focusing on increasing physical activity to improve cardiorespiratory fitness, may be prudent for treating obesity-related health conditions," they said.
1
«12»