The Plateau, what did you do to get out of it? 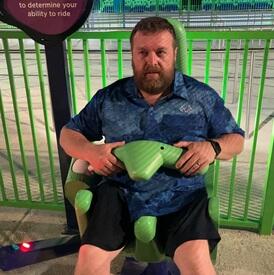 shockbishop Posts: 37 Member
May 18 in Health and Weight Loss
I'm planning ahead for that time when weight loss stops with my regular diet and exercise. I've heard things like workout harder, increase calories slowly, etc.. I'm not quite sure what works. I just remember being there and it was delicate.

What did you do to break that plateau or what do you plan on doing?
0