Relationship advice... is it just me?! 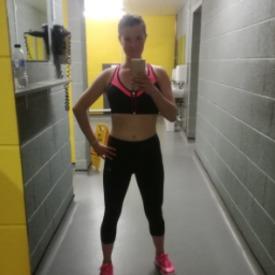 I'm usually the most reluctant person in the world to ask for any sort of guidance about relationships and stuff - but I'm at that point that I could really use objective opinions on a situation I have. I know people will probably think 'I don't know this person, how could I comment' - but that's exactly what I'm after... gut reactions and total objectivity.

Basically I live in New Zealand. I've lived here for the past 14 months doing my PhD. Initially, I set out to travel for a year after losing my dad and needed headspace and out of the UK. In the UK I was (and still am) in a relationship with my boyfriend. It wasn't the easiest relationship anyway, as he is quite a bit older than me (twenty plus years) - so we had to keep things quiet. I was with him for 2 years in the UK before I left to come over here for a while.

Anyway, you'd think the being away part is the hardest - but although we're far away from each other, we talk daily. I didn't realise he had an issue with this. Recently he's been saying that he feels like he HAS to call me - and that he likes his own space and doesn't necessarily want to reply to my messages (e.g. I'll text him to say good morning.. nothing major!). So now I feel like I shouldn't text him, or if he calls its because he is doing what he thinks I want him to do, not necessarily that he wants to talk to me. I feel a bit hurt by this as I don't want him to call me purely because he feels obligated.... and have told him as much.

I feel like although I'm here, everything is on his terms - is it just me being needy or would other people be upset by those comments.

I've totally lost all objectivity with this - it's my first 'real' relationship... maybe he's been there and done it all before, so isn't so bothered?

Tearing my hair out over this one!