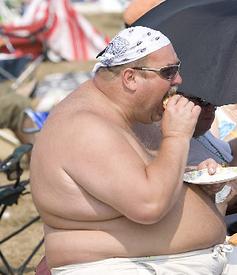 Kotuliak Posts: 259 Member
July 2015 in Health and Weight Loss
WASHINGTON — Programs like Weight Watchers and Jenny Craig are designed to help overweight and obese people shed extra pounds with the help of a support system — but a new study published in the American Journal of Public Health suggests that most obese people who don’t get some kind of weight loss surgery will never achieve a “normal” weight.
The Centers for Disease Control classify a BMI of between 25 and 29.9 as “overweight,” anything above that as obese.
Data for 76,704 obese men and 99,791 obese women from the United Kingdom were analyzed over the course of nine years, and researchers found that the annual probability of reaching a normal weight was just 1 in 210 for obese men and 1 in 124 for obese women (obese = 30.0–34.9 BMI).
For those with morbid obesity (BMI = 40.0–44.9), those odds decreased to 1 in 1,290 for men and 1 in 677 for women.
And, at least 50 percent of patients who managed to achieve a 5 percent weight loss were shown to have regained the weight within two years.
“Our findings indicate that current nonsurgical obesity treatment strategies are failing to achieve sustained weight loss for the majority of obese patients,” the study says.
“…even when treatment is accessed, evidence suggests behavioral weight loss interventions focusing on caloric restriction and increased physical activity are unlikely to yield clinically significant reductions in body weight.”
0
«12345»