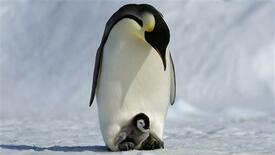 I've had a Ninja blender for the past seven or eight years, bought on clearance. I put it through a LOT - I don't typically make smoothies, but I have used it to grind meat, crush ice, blend soups, make breadcrumbs....a lot of things. One time I even used it to grind bonemeal for my garden, which was not very kind to the blades but still effective. But I don't think I'll do that again without something that's really meant for that purpose.

Anyway, I think I'd really like to get something very sturdy that will be used frequently. I have never owned or used a food processor before, but I gather some of the things I have used my blender for would be better suited to a processor. It could save me some work with things I currently shred or grate by hand. I'm used to inheriting others' used appliances or picking up good deals at the thrift store, and just making it work. But I can invest in something good that will last a long time with proper care. Easy cleaning and the ability to repair or replace parts are bonuses.

Do I want one appliance that can do both, or should I have two separate? I'm willing to have space for two small appliances if I'm using them both.