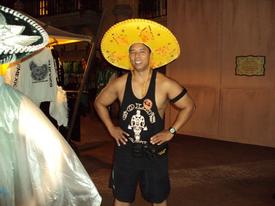 ninerbuff Member, Greeter Posts: 45,211 Member Member, Greeter Posts: 45,211 Member
in Debate: Health and Fitness
I heard about this yesterday. Unlike a vehicle or ship, WEIGHT matters much much more when traveling by air. How the weight is dispersed on a plane matters much more than vehicles by land travel or by ship for obvious reasons. For the longest time now, aviation has used an average weight per person to decide on passengers and luggage for capacity on a plane. But with the ever growing waistlines of many, it's becoming more of a concern for safety issues. While a few hundered pounds don't matter as much to other vehicles, with planes is does matter much more.
So now airlines are possibly looking at random weighing of passengers who likely exceed the average weight. Personally I do see this a couple of ways: it is a safety issue. If they do institute this, they better have a great back up plan for those that they may deem may not be able to board a flight due to weight overload.