Welcome to Debate Club! Please be aware that this is a space for respectful debate, and that your ideas will be challenged here. Please remember to critique the argument, not the author.
Join the Discussion for Men’s Health Month: Eating for Next-Level Fitness
Staying on Track Has Never Been Easier — Introducing Your New Dashboard!

What is one fitness topic that is accepted by everyone? (I don't think there is one) 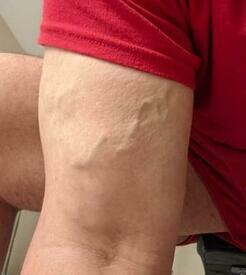 dontlikepeople Posts: 124 Member
December 2021 in Debate Club
Perhaps this is why my username is what it is. It dawned on me last night that there is not a single thing you can say that will not be challenged (and it probably applies outside of fitness topics as well).

Prolonged calorie deficit means you will eventually experience hunger at some point: Challenged by people saying how they are literally never hungry and just eat volume foods

Calories in vs Calories out: Challenged by things like Ketoers and others who claim food composition is more important

Protein immediately after working out doesn't do anything significant: Challenged by people who feel the body can somehow rapidly absorb nutrients faster during a 1 hour window

Keto is good or keto is bad: Obviously challenged by both sides, (I don't think keto is bad, but it's definitely over rated)

"You have to lift X rep range to build muscle"

"HIIT is better than LISS" "LISS is more muscle sparing"

Maybe the only thing people can agree on, at least for weight loss, is: Eat less move more. But someone would challenge that too!
3
«123»