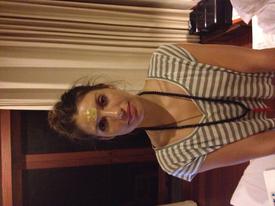 Katedineo Posts: 10 Member
December 2014 in Getting Started
I am trying something I've never tried before: Trying to find ketosis through high fat/protein and low carbs.
I have 30 Lbs to lose and Looking for a buddy/buddies who is/are interested in being my accountability partners/s and join me in this one month keto challenge.
I've read and heard amazing things but I'm new to the process and it requires discipline and precision. It would be great to work towards this goal with support!
0