Partners? Do they ever understand!!!! 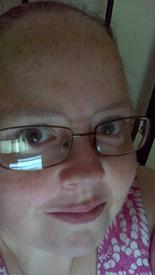 Eldow1977 Posts: 48 Member
September 2015 in Health and Weight Loss
I have calmed down since last night but still annoyed with him and myself and he just doesn't seem to see the issue.

"So eat something different!!".

I was working late shifts on Wednesday and Thursday. I'm trying to stick to my calories and have done 95% of the time (damn that works do last weekend!! Hi my name's Vodka, DRINK ME!) anyway......... Normally when I work until 8.30 I grab Chinese on my way home.

This week I was ready. I planned what I was having, compromised on it and cut the portions in half, even though I can so eat the whole Kung Po Prawns and egg fried rice. Ate half, had enough, wasn't hungry and stayed within my calories.

I specifically said to my husband that I would eat the other half the following night. He cooked for him and the kids as he would normally do, I leave work Thursday at 6.30 to a text message stating "had Ham, Mash and Spaghetti Hoops, Yours is in the microwave"

Replied reminding him I had Chinese in the fridge but I would have the sausage and mash tomorrow as plans had changed and I was having to work until 6.30 again last night but I would put something in the slow cooker so he didn't have to cook again.

I get home, eat my Chinese, which I have calculated for and everything is A OK.

Yesterday morning, I put something in the slow cooker for they're tea's, afterall he's cooked twice I'll be nice.

Chicken, skin and all, stock, herbs and spices to make it a bit sweet and sour for them. Got a bit of pancetta, which I haven't been eating cause of the fat content. Blackeye beans and pineapple, juice and all. Told him to serve it with rice so it was fully carb loaded.

I sat before I went into work and added the ham, mash etc to my diary.

I get home and go to the microwave to reheat the ham and mash from the night before but there is a bowl of the rice and the chicken thing?!?. I go to the fridge, not there, I'm putting my head in my hands and call up the stairs (he works from home at night) Where's my tea? - in the microwave - No where's the ham and mash - I ate it at lunchtime but we were NICE and saved some of the chicken and rice.

Now for those of you who are old enough to remember the scene from the original Terminator film when Judgement day happens and she's watching the kiddies in the playground when the bomb goes off, picture that!!! Of course he would be Sarah Connor (less heroic) and I'm the bomb (more justified)!!!

I despair of him and told him so, I had planned to eat that for my tea. "you never said!" Yes I bloody well did, "no you never". I've taken out the text message to prove my point and repeatedly beat him in the head with my phone (ok maybe I didn't) and he looks me square in the eye and said "ah well, that's cause you said sausage and mash, just eat the other thing!?!?!?!?!?!?!?!"

Apart from the fact there is chicken skin and pancetta in it which would make it more calorific than I need it to be, it has two lots of carbs and they have no idea how much rice they cooked. Here's the best bit though, due to an overactive pregnancy craving 9 years ago I DON'T EAT PINEAPPLE, the taste and the smell makes me heave. I'm now rambling incoherently like a mental patient off her meds and he says to me "well I was trying to be nice, shan't bother" I give in, go down stairs and pick at the chicken thing, ever last tiny forkful with only a slight taste of pineapple, YUM! Quit half way and threw the rest in the bin.

I started all again with my dinner, re-planned as best I could, taking best guess at the quantities, nearly 400 calories left still but I'd used nearly all my daily fat allowance. 10 O'clock comes and no surprise I'm hungry.

After much looking and checking I realise I can have "nothing" everything I would like to eat will take me over my fat allowance and fruit just ain't gonna cut it, not in this mood! In the end I just decided Sod it and went and had 2 slices of toast and jam and then whilst I was stood eating those in the kitchen I put two more in the toaster and ate them aswell.