Spouse commenting on what I eat 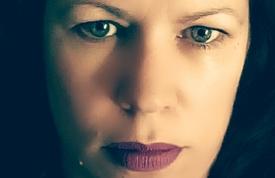 kimothy38 Posts: 840 Member
April 2017 in Motivation and Support
Its been an ongoing issue with husband because he feels the need to comment on what I eat. Seriously, I'm a grown woman and don't require permission to eat whatever I dang well choose. I already know eating junk after dinner isn't good for me ya know. I didn't get overweight because I didn't know that junk makes me fat.
Know matter how many times and in different ways I've told him how much it annoys and upsets me my hubby feels the need to comment on what I eat. He's overweight too so isn't a healthy eating guru.
In the past 6 months I've gained strength, stamina and a new lease on life. I have deep seated issues with food and refuse to diet. I've started intermittent fasting and 10kg so far. I'm proud of my achievements and effort.
This morning I took the opportunity to have a coffee and muffin for breakfast after a heavy gym workout. A friend saw and commented to my husband about it. I was so angry when he brought it up I nearly burst into tears with frustration.
I didnt hide the fact that I went to a cafe (as I brought a coffee home for hubby). Im not counting calories, it didn't kick off a binge, no food is 'bad', so why should I be made to feel bad about it? Does working out mean you can't have a treat & undo your efforts. Makes me so mad that he feels he has the right to comment.
0
«123»