Why are slim people slim? 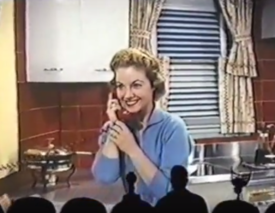 Hungry_Shopgirl Posts: 329 Member
May 2018 edited May 2018 in Goal: Maintaining Weight
Just saw this ~40 min vid on youtube that asks and answers that question following two slim individuals with hidden cameras for a week:

I found it super interesting! Especially because neither of them are what I would consider really into fitness or nutrition. They both have what I see as some bad habits (for example, he eats his meals in front of the computer or TV screen, she doesn't "workout" at all).

But basically they have a high NEAT, sleep well, don't drink their calories, self-regulate over the course of the week (if they have a higher calorie day they eat less the next), among other things.

Bottom line is their CI = CO. And it's refreshing to see that in practice in "real lives".