Is anything really good for you anymore? 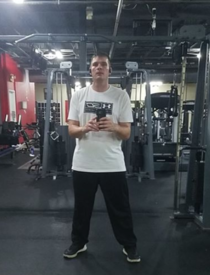 greg_87 Posts: 8 Member
September 2018 in Debate Club
Let me begin with some background. I'm completely new to "eating healthy", and have decided to try meal prepping. I started with some ground rules. Not to list them all, but some rules were 1. Food had to be relatively cheap, easy to get. 2. I had to like it. I'm not a huge fan of seafood. Mostly because I don't like the fishy taste. So decided to go with Tilapia. I heard so many great benefits. "it's the boneless, skinless chicken breast of the sea". Never tried it before, so I only bought a few to try. I Made it along with some rice, and really loved it. No fishy taste. Thinking "ok, I can do this". Cheap, and easy to get.

My wife is doing the same diet as me. She takes some to work for lunch. A co-worker sees her eating the fish, and that's when it begins. "are you eating Tilapia"? "you know they are raised on poop"? "your better off eating a pound of bacon, then eating that". "Tilapia causes cancer". You get it. She comes home, and tells me all of this. Now normally. I wouldn't pay it much attention. However. The guys she works with are physically fit. Some of them live in the gym, and have great eating habits. Great group of people. The kind of people you'd want advice from when it comes to diet and fitness. So it was a huge buzz kill for me.

So like anyone that's new to this would do. I consulted with google. There are tons of articles about how unhealthy Tilapia is. Almost equal to the amount of articles on how healthy it is. So I began digging into other things. Almost everything I look up, be it tomatoes, lettuce, chicken, whatever. It all has at least some articles explaining how its bad for you. So....

Is anything good for you anymore?
Do I just ignore what some people are saying?
How do you filter out facts about food, from all the other nonsense?
Do I have to perform an in depth investigation before I eat anything?
12
«12345»