When you're the only one in your house trying to lose weight... 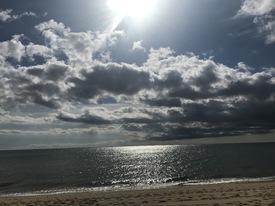 Example: My partner is not trying to lose weight, and just doesn't understand how hard I'm working, and he wants to be encouraging -- but he's just not. Because he doesn't "get it." He has never tried to do anything like this, and so when I was so proud of myself for finally trying out a C25K workout this morning (!), his response to my FB post about it was, "Oh, did you walk down to the pond by yourself?"

My internal voice: "DUDE. I just tried something I've been working up to, something I've been avoiding, and fearing I couldn't do. I finally did it, and you completely missed the point and didn't say one nice thing to me? What the actual hell?! Why are you asking me about the POND? Yes, I walked the dog to the pond. I literally walk to the pond Every Day. Every. Damn. Day. And have posted pictures of it several times. I did that AFTER I was up at 5:15 to do a C25K workout. How did you fail to see the C25K mention on there?!"

Anyway. I love him. And perhaps it's unfair to hope he'll "get it." It just feels really lonely, though. It's not like he has no weight to lose, but he figures when the pandemic is over, he'll go back to his volleyball and that will be good enough.
August 1, 2020 1:17PM
20
«12»