How do I support husband wanting to lose weight 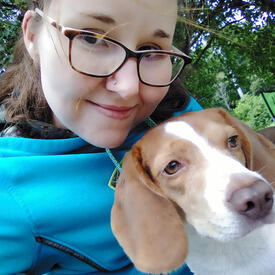 heather9986hg Posts: 60 Member
November 2020 in Motivation and Support
My husband says he wants to lose weight he says he needs to spend more time exercising
I want to support him in any way I can but I know a little bit about weight loss and I know that while exercising is beneficial to health it's really what he's eating that matters
He can spend all day exercising but if he eats a whole pizza it probably cancels out for instance
What ways can I help him?
When he grocery shops he never brings home healthy stuff he brings home junk food like chips pop tarts cookies nuggets ect
We have different schedules so alot of time I'm sleeping when he gets home
I think his portion control is out of control
If he buys us pizza I've been trying to limit to one piece but he eats a whole pizza
If I cook something I think will leave leftovers there usually isn't any...
How can I help him with this? He asked but I don't know how much help he's asking for...
3
«123»