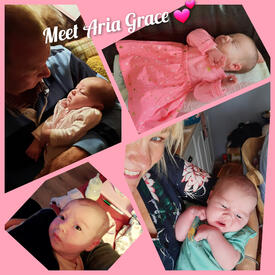 I have to admit, I was hooked, I've had a Fitbit since 2013 and hit my steps goal every single day (proud of that actually

) ..well there might have been two or three days out of the past four years than I 'only' reached 7000 steps when I normally aimed for 14k.

Anyhoo... my Fitbit One is no longer syncing and I'm thinking do I replace it or just forget about it.

My hubby lost his Charge recently (useless straps on the Charge, that was his second one) and he feels liberated to not be ruled by a gadget, he feels I would think the same - and he might be right! (he likes to think he is right all the time LOL)

I've maintained my goal weight for 4 years now, I'm active in general but how much of that was driven by my tracker/competitive streak to be high up on the leaderboard...

Anyway, I'm just getting some thoughts off my chest.

For now I am going to go Fitbit-less. Maybe I will enjoy the freedom of not having to think in steps all the time

I welcome the freedom of not being ruled by a tracker.