Welcome to Debate Club! Please be aware that this is a space for respectful debate, and that your ideas will be challenged here. Please remember to critique the argument, not the author.
Join Our Jumpstart Your Health Challenge 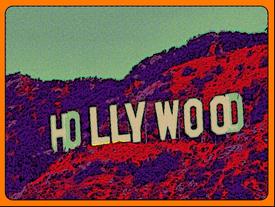 AliciaHollywood Posts: 102 Member
August 2020 in Debate Club
I live in a small section of LA (West Hollywood) where almost everyone is slim and fit. Of course a lot of people move here to try to become actors or models so we have an inordinate amount of attractive fit people. I have two Whole Foods within 1 mile of me, three Trader Joe’s and many other stores/restaurants that are mostly organic, vegetarian or vegan. It is actually rare to see obese people where I live, it’s pretty much non-existent. But even if I drive a few miles to Culver City, I start seeing a few more heavy people and notice that the Ralph’s (Kroeger) supermarket actually stocks different food! There is much more organic and healthy food in my neighborhood Ralph’s than the one in Culver City. Is it supply and demand? More people buy healthy food in my neighborhood so they stock more? Also, when outside of LA or California, I’ve noticed there seems to be so many more overweight people.

I’m wondering if people’s neighborhoods can influence people’s weight, health and nutrition levels. I have no overweight friends. I rarely see anyone above the “normal” weight in charts when I’m out and about. Most people are definitely on the low end of normal. People here actually look like the people in movies and on TV (because they often ARE or want to be lol.) If other areas started removing junk food from supermarkets and stocking more healthy nutritious food, would that change the health of America? Is eating healthy or unhealthy just a habit that people get used to depending on where they live and what their circle of friends/family eat? I know there are many psychological reasons people either overeat or develop eating disorders, but is it possible than many overeat unhealthy food just because it’s “normal” where they live? Just curious...
9
«123456789»