Why Is Food "Addiction" So Controversial? 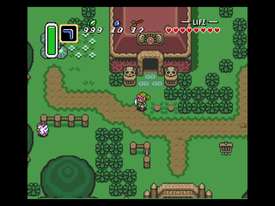 zamphir66 Posts: 582 Member
January 2021 in Debate Club
I'm probably opening the biggest can of worms ever, but here goes.

First, my position: I don't actually have a strong position on this. But I'm always curious when I see other posters have such very strong positions. As in, it seems very important to them that food have (or not have) an addictive quality. But why is it so important? That's what I suppose I'm asking.

I can actually see it from all sides. I completely jibe with the argument that food is something we actually need to survive, and *really really liking* food that's particularly satiating is not a bug but a feature of our psycho-physiology.

On the other hand, many maladaptive/disordered eating behaviors do seem to map onto our models for addiction pretty well.

I get the impression that some in the anti-FA (food addiction) camp perceive the notion as somehow abdicating all personal responsibility. But I don't really see that. Someone with Type II diabetes is largely responsible for their good/bad health outcomes following diagnosis. And yet diabetes is still very much a disease.

On the other other hand, I am sure there are at least some FA folks who do indeed take the "disease" model and use it to justify not trying, or failing once and quitting. But I think that's the wrong response.

Speaking as someone in long-term recovery from alcohol use disorder, I can say that "medicalizing" my condition has been and continues to be one of the most important factors in staying sober. It gives me resources and tools. I can talk to my doctor. And I can talk to my therapist. I take medicine to keep my mood on an even keel, and this consequently helps keep cravings at bay. I'm also exercising and eating relatively healthily, sleeping enough, etc. and so on.

So I guess, just to circle back, my main question is: Why such investment in this idea? Why such contention around the question of its existence?
11
«1234567…11»