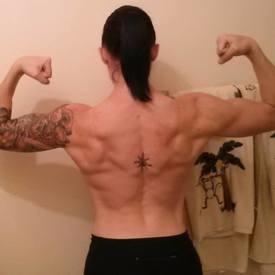 usmcmp Posts: 21,221 Member
June 2015 edited May 2016 in Goal: Maintaining Weight
There's a lot of talk about recomposition through the boards, so I wanted to have a place where we can compile research on it and experiences with it.

When is recomp appropriate? When you are at a decent weight for your height, but your body fat is still at a level that is undesirable to you recomposition is probably a good option. It's a way to maintain your weight, eat well and still lose fat. This is a slow process and can feel like spinning your wheels, but it can be less mentally stressful than bulk and cut cycles.

The keys to recomposition are:

1. At the end of the week you have eaten at about your TDEE. You may choose to cycle calories or eat at a flat rate every day, this should fit your personal preference. If you have a consistent workout schedule using a TDEE calculator should place your goal fairly close to your actual maintenance. The only way to know for sure is to monitor your weight and calories over time while adjusting calories when you have an up or down trend.

2. Getting adequate protein. Protein is a building block of muscle. The goal of recomposition is to build muscle and lose fat at the same time. Protein, carbohydrates and fats play different roles in the muscle building process, so make sure that you keep to a macronutrient set up that works for you. This may need to be adjusted over time.

3. Lift! Following a good lifting program is the key to the entire process. It's where the magic happens. Pick a program that you will enjoy and that is going to challenge you. Continue to focus on improving.