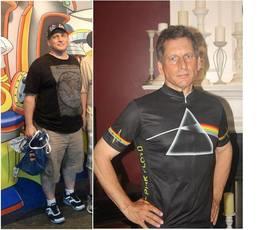 When this happens, the person responding is confounding two related but different clinical concepts.

ADDICTION occurs when someone carves something so strongly that they consume the substance, or repeat the behavior, even when that substance or behavior is doing substantial harm. Note that the craving alone does not suggest an addiction. It is the inability to fight off this craving even though satisfying the craving causes damage.

Physical DEPENDENCE occurs when someone would experience withdrawal symptoms when stopping the substance. (In many cases, the user will also build tolerance over time, and need more of the substance to be satisfied._ In the case of drug dependence, withdrawal can even be life threatening. In other situations, such as caffeine, for example, withdrawal may mean a couple days of headaches.

A person can, of course, be addicted AND dependent. Drug addiction often falls into this category. But a person can be addicted and NOT dependent. There is, for example, extensive psychiatric literature on the treatment of gambling addiction. Obviously, physical dependence does not play a role here.

Dependence can occur without an addiction. I know many people who consumer caffeine daily in moderation who would get mild withdrawal headaches if they were to stop. Nevertheless, their pattern of use does not suggest they are doing themselves harm, so there is no addiction present.

So when someone says they are addicted to food, I am disinclined to immediately correct them. When people post this, they are not usually asking for their definitions to be corrected. They are usually seeking strategies to avoid overindulging.
May 10, 2016 1:29PM
29
«1234567…12»