Log In · Sign Up
Message Boards› General Health, Fitness and Diet
You are currently viewing the message boards in:
Share Your Thoughts & Ideas On Managing Stress


Is It Over Yet? The Perimenopause Thread 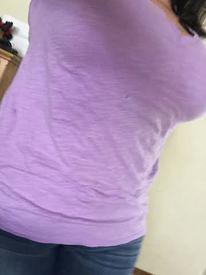 I feel like this category warrants its own thread, since technically, we have not achieved menopause (12 months without a period) but we never know what's going to happen, when...and we only loosely why. (Or is that just me?)

So, who's on board? Get on the peri train, woot! Here's the haps with this old bird. I am 49, have been in ovarian failure for I believe seven years now per labs but my periods only began to go wonky two years ago. Before that, I was like clockwork including ovulation signs so who the kitten knows. I assume it is basically cobwebs in there by now with some mummified Knight Templar propped up against one ovary or something, and yet...the periods just keep on coming. But...weirdly. Two in a month, nothing for a couple months, long, short, whatever.

I am currently on my longest cycle ever - 90 days (I track on fertility friend).