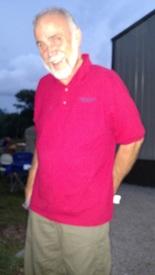 [url="httphttps://www.medicalnewstoday.com/articles/323129.php://"]
[/url]
How a protein works with gut bacteria to prevent obesity

"Obesity is linked to higher levels of inflammation in the body, but the underlying mechanisms have remained unclear. Recently, however, a team of researchers has learned how one anti-inflammatory protein influences weight gain."

" "Obesity is influenced by inflammation, not just by overeating and lack of exercise, and this study suggests that reducing inflammation promotes 'good' bacteria that can help maintain a healthy weight," explains senior study author Jenny P-Y Ting.

"At the same time, the knockout mice lost numbers of Lachnospiraceae, which is a type of good gut bacteria that helps counteract inflammation and competes with Erysipelotrichaceae, curbing their spread.

Lachnospiraceae, the researchers explain, also appear to have a protective effect against insulin resistance and obesity in mice.

"All the inflammatory and metabolic changes we had seen in the NLRP12-knockout mice during a high-fat diet were essentially reversed when we resupplied Lachnospiraceae," explains Truax.

The results may lead to better ways of addressing obesity, the scientists add; Lachnospiraceae produce short-chain fatty acids, a type of molecule that plays an important role in metabolic processes. Two of these are butyrate and propionate, which also possess important anti-inflammatory properties."